On Sunday 5th December 2021, Team Fortus and 15 other trophy winner hopefuls went head-to-head in SDC’s 6-a-side charity football tournament to raise essential funds for East Anglia’s Children’s Hospices and the Lighthouse Construction Industry Charity. The iconic venue, Cambridge University Sports Centre, was one of the first major project SDC constructed for the university almost 10 years ago – a venue most fitting for the occasion.

SDC itself, which operates under the umbrella of an Employee Benefit Trust (EBT), is celebrating fifty years in business and to mark this milestone, is hosting a year-long series of events in a pledge to raise over £100,000 for employee-nominated local charities and community groups. Super Sunday was the third event in the line-up so far and raised a phenomenal £10,000 in total, split between the two charities.

The Lighthouse Club specifically helps to tackle the known mental health crisis within the construction industry. Why? Because every working day in the UK, two construction workers take their own life.

‘EACH’ provides essential care and support for children and young people with life-threatening conditions and their families across East Anglia.

The tournament certainly delivered on its promise of excitement and drama, with players bidding to have one of three ex-professional footballers join their team to increase their chances of winning – me being one of those ex-pros.

It was a flawless start from both Team SDC (the team I was auctioned to) and Team Fortus. Both finished as group winners, entered the knockout stages and avoiding the Europa League, headed towards the Champions League qualification. After five minutes we went one down, so we made four changes all at once and started chasing. Tactics from the previous games went out of the window and before we knew it, we were three down and heading home.

All in all, a fantastically organised day for SDC and the two supported charities, and I’m pleased I can say finally, after 25 years in the game, I’ve played one Champions League match!

“We’d like to thank Andrew for his time and devotion to supporting our event and selected charities, as well as the entire Fortus team for helping us promote our fiftieth anniversary year-long fundraiser.”
CARL bennett, director, sdc. 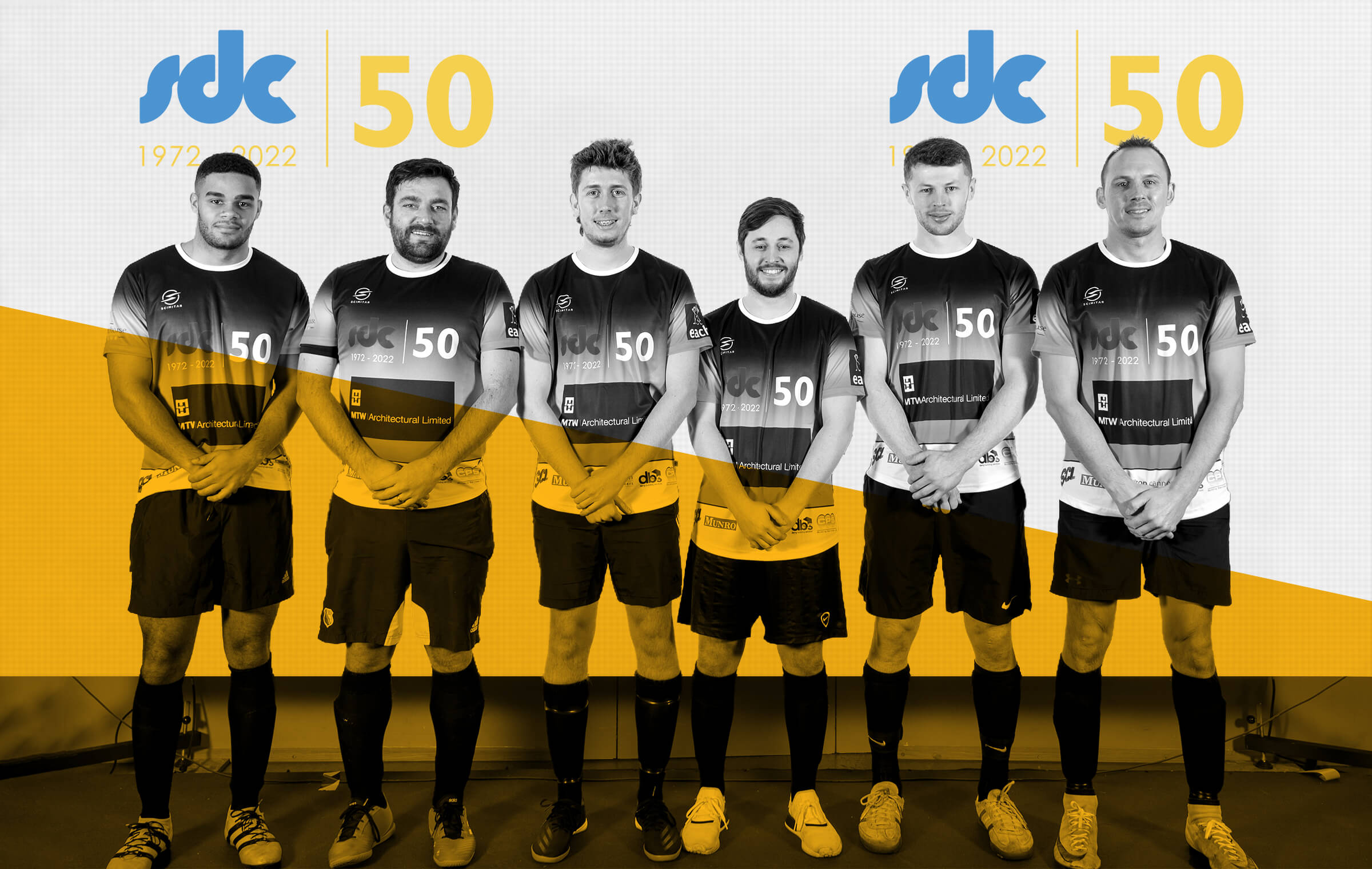 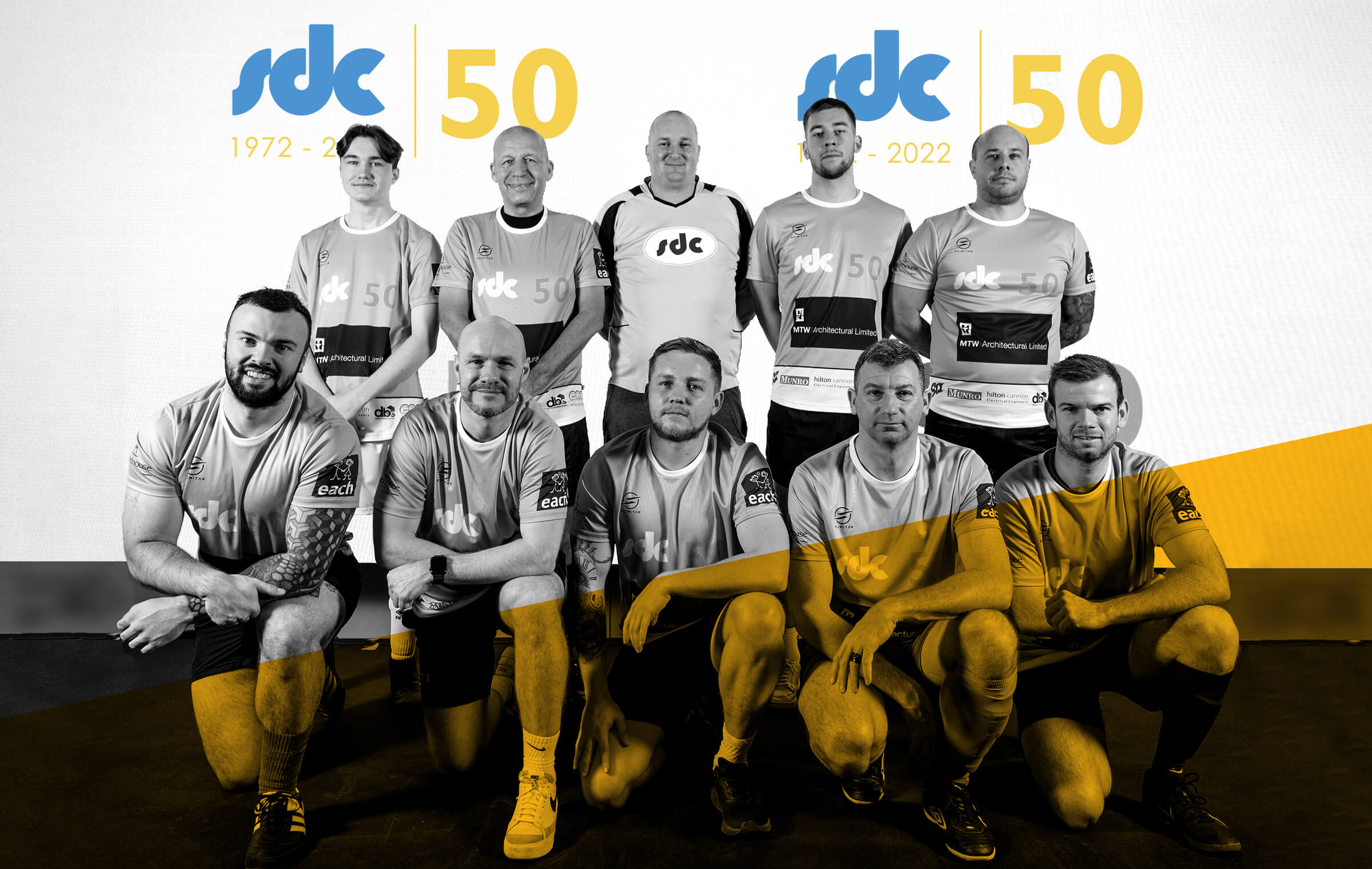 Following the tournament, teammates came together for photos and post-match refreshments ahead of the trophy winner presentations.

Established in 1972, SDC’s a main contractor that undertakes projects across a variety of construction sectors, including Research & Development, Commercial, Manufacturing, Automotive, Healthcare, and Education. Predominantly on a design and build basis, these projects can range anywhere from £50,000 up to £80 million.

What’s most unique about them is that the group of companies operate under the umbrella of an Employee Benefit Trust (EBT) – the first of its kind in the British construction industry. So, instead of being owned by shareholders, the future of the company’s protected by a Board of Trustees who are responsible for safeguarding the long-term prosperity of SDC and sharing any profit amongst members of staff and the wider community.

Own a business in the Sport & Entertainment arena?

Connect with Andrew Johnson to find out how Fortus can help achieve your business goals.